We stick by Beeston Hockey Club!

We are delighted to announce that we have pledged support for Beeston Hockey Club by striking a new shirt sponsorship deal for the under 16 National Championship team for the 2016/17 season. Our logo will appear on the well-known team’s shirt fronts and the deal also includes a new advertisement banner displayed around the main water base pitch at Nottingham Hockey Centre. The sponsorship deal will therefore support the investment of capital funds into the club, adding support to junior, men’s and ladies’ first team levels.

We have a long association with the club; director Ian Torr’s two sons, Will and Ed, played there for many years and director Mark Williams’ son, Benedict, currently plays for the under 16 team, having been at the club since the age of 11. We also act on legal matters generally for Beeston Hockey Club and Nottingham Hockey Centre.

“We are extremely proud to provide support to Beeston Hockey Club and Nottingham Hockey Centre,” said Mark Williams. “Graham and David Griffiths, directors at the centre, have done great things over recent years with new international-standard pitches being installed, and arrangements reached with both the University of Nottingham and other large sponsors, in an effort to bring hockey to the fore in Nottingham.

“Beeston has always been one of the premier clubs in the country and has a particularly large junior section with coaching at the very highest level, often via international players. It has a philosophy of developing junior players right through to first team level and boasts many current and former international players.

“Following on from the GB women’s gold success in Rio, the coming season should see something of a boom in hockey, and Beeston with its excellent facilities and reputation is set to be part of that,” Mark added.

David Griffiths, chairman at Nottingham Hockey Centre, said: “We are thrilled that Cleggs Solicitors has decided to support us and their backing will help the Beeston Under 16 side, and other first teams, to enjoy a successful season ahead.

“Support from companies such as Cleggs Solicitors plays a key part in not only maintaining the success of both Beeston Hockey Club and the Nottingham Hockey Centre, but help to drive the teams forward on to even greater achievements.”

The club continues to go from strength to strength and a large number of players have progressed through the junior section to represent their country at international level. There are high hopes for Beeston Hockey Club’s under 16 side, having won the national championship at under 14 level. Most players in the team represent their county too and some have progressed beyond that into Junior Regional Performance Centres, part of England Hockey’s pathway to national representation. The team is managed by John O’Brien and coached by Clive Morris and Steve Leeming. 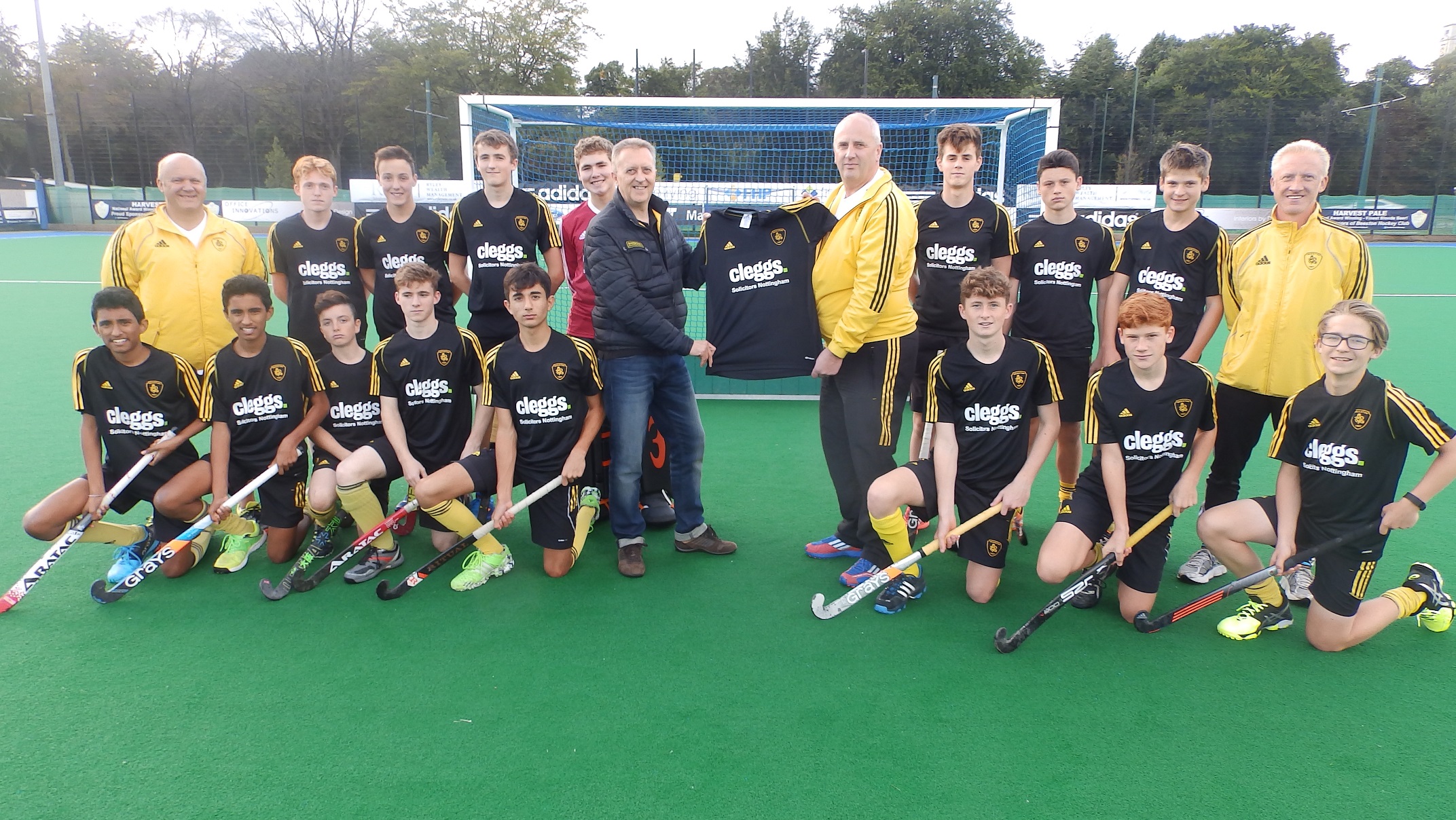 view all our articles

Employment tribunal fee scrapping: what does this mean for Nottingham’s businesses?

IS IT BETTER TO SPECIALISE OR BE AN ALL-ROUNDER?

TOP TIPS ON HOW TO SPECIALISE IN EMPLOYMENT LAW

BUYING OR SELLING A BUSINESS? HERE’S SOME TOP TUPE TIPS

INTERVIEW FEEDBACK: WHAT YOU SHOULD AND SHOULDN’T SAY